In the New Moon chart of March 30 2014, Ceres and Vesta were closely conjunct the North Node in Libra, as was Mars, though with a wider orb. New Moons begin a cycle of awareness that will culminate 2 weeks later at the Full Moon, which this month occurs April 15. In a broader context each New and Full Moon is spiraling consciousness to a greater awareness. This process is greatly magnified this month because, shortly after the Full Moon, between April 21-23, there is a Cardinal Grand Cross. This is an uncommon event, one that presages  ” change for our time”. Uranus in Aries and Pluto in Capricorn, both changemakers, form the basis of this Grand Cardinal Cross. The faster moving planets which complete the cross are Jupiter in Cancer and Mars in Libra. Grand Crosses focus energy in a powerful way which brings crisis and potentially, resolution.

What do the placements of Ceres and Vesta indicate by their being active in the New and Full Moons leading up to Cardinal Grand Cross? Ceres ( the word ‘cereal’ having its root in) was the Earth Goddess of the triple Goddess, referred to in the last post. The health and vigour of the natural world was her domain. Vesta has a more subtle or veiled history. From earliest times, she was associated with “the mysteries”, and was pictured holding  ‘the flame’ close to her heart. By Roman times her role had become the ‘keeper of the hearth’, and literally ‘ her flame’ was kept burning, in a public place, until the 4th or 5th century, when it was extinguished by Christians. In modern astrology she is associated with ‘commitment’ and “the sacred”.

It is significant that Ceres and Vesta are travelling together, for a number of months,  in these intensely transformative times. Life in the early 21st century is not lived as if it is sacred. With the benefit of mass communication and travel, we now have the knowledge of how other cultures have lived in greater alignment with the natural world than we are presently.  Continued cross cultural exchanges and sophisticated research techniques, have given us access to the wisdom of the ancients, who, much to our surprise, had a deeper understanding of the nature of the universe and humanity’s place in it than our modern culture reflects. These times of crisis and change are meant to open us to what we have created and give us the courage ( Aries/ Mars) to let go of our toxic patterns ( Pluto in Capricorn) so that we are freed to create a new reality ( Uranus in Aries) where our relationship (Libra) with the natural world  (Ceres) is infused with the sacred ( Vesta ).

The SpiritMatters Centre was created to be a resource for personal growth techniques and to provide a place to share ideas about living together with intelligence, humanity and community. Based in Almonte, Ontario we offer: workshop facilities relaxing retreats yoga classes classes on the basics of astrology personal astrological consultations

2 thoughts on “Ceres and Vesta in Libra” 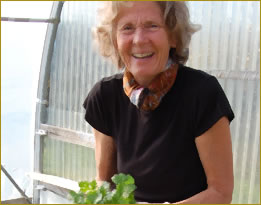